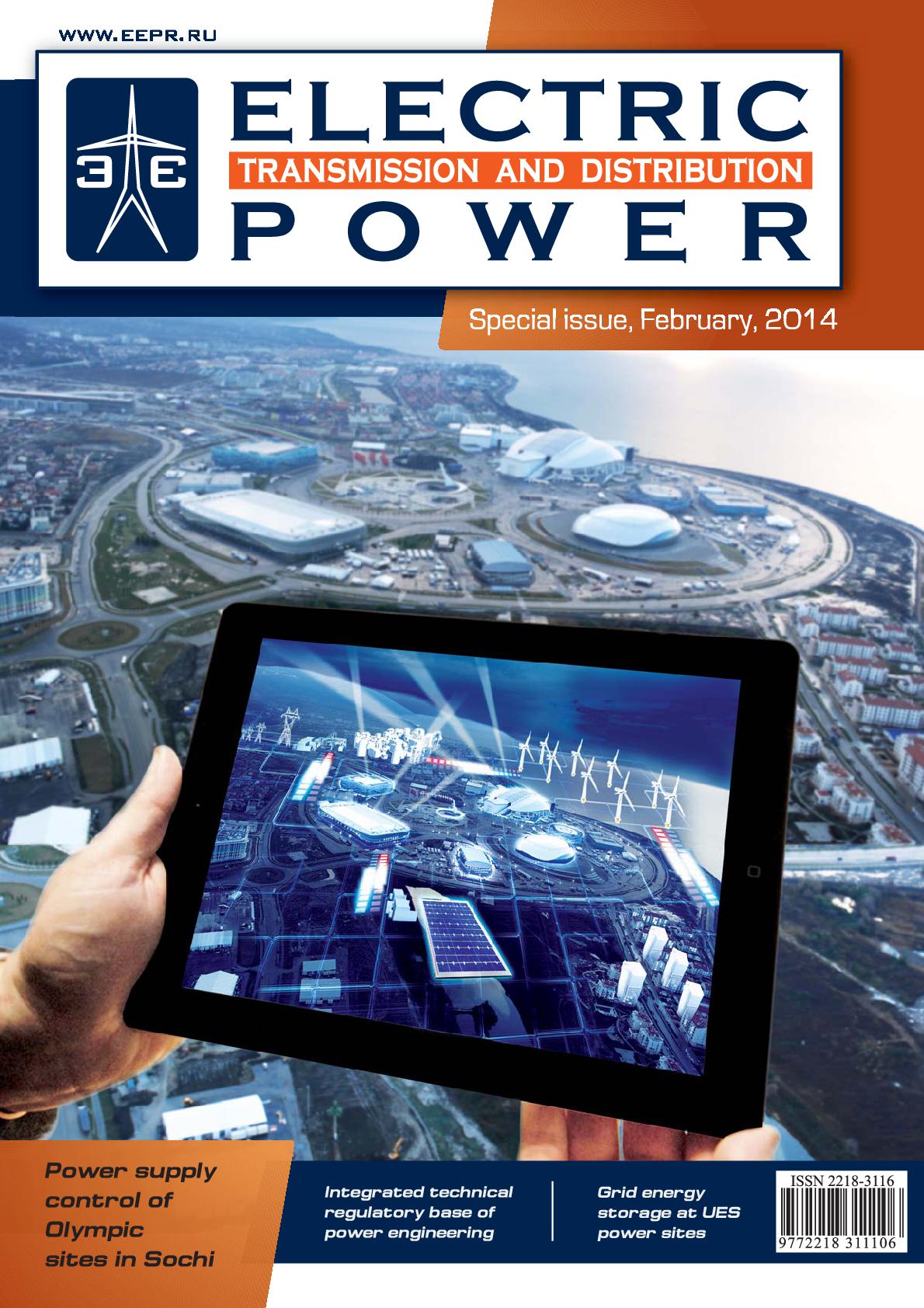 The development strategy for the Unified National Electric Grid (UNEG) approved April 3, 2013, as one of the ways to ensure longterm reliable, quality and affordable energy to consumers, involves creation of a smart energy system with an active-adaptive electric power grid — grid of new generation, customer-oriented and based on multi-agent management principle of operation and development. This approach seems reasonable in terms of the need for a unified technical policy, availability, reliability, efficiency, viability and sustainable development of power systems related to critical infrastructures.

Head of the laboratory «Intelligent Energy» JIHT RAS, Deputy Chairman of the Architectural Committee for creation of smart grid at joint scientific and technical council of JSC UES FGC and Russian Academy of Sciences Vladimir DOROFEEV tells about features of smart energy-architecture system with active-adaptive network and necessary conditions for its implementation.

Directions for development of intelligent network in Russia

Smart Grid technology widely acknowledged in the world has become an integral part of the electrical networks of many utilities from all continents. Certainly, intellectualization of networks will mark a new stage in the development of energy sector and will provide a response to the new challenges of socioeconomic development of countries.

Responding to Needs of the Present, With a View to the Future

At present, a multitude of energy sales organizations of various sizes operate in the territory of Russia. The largest of them were traditionally formed on the basis of former AO-Energos in the reformation process of RAO UES of Russia. They enjoy certain advantages, but most still remain to be relatively young establishments having to fight for the consumer and for their right of existence. Today we are talking to Sergey SHABAIDAKOV, General Director of JSC “Pervaya Sbytovaya Kompaniya”, the organization which renders packaged high-quality services to its customers and which has rightly won their confidence.

Cooperation in the field of intelligent energy

The first-of-its-kind suite of IT-systems designed to control power supply in Sochi was commissioned in September of 2013. Information systems of the Power Supply Control Centre (PSCC) of Sochi energy region were designed according to the special order of JSC “FGC UES”, part of JSC “Russian Grids” Group of Companies.

A few years ago the terms “smart grid” or “digital substation” could be used only by young enthusiastic specialists as something very far. But interest in smart grid inevitably grew, pro-active research, testing and development were carried out, and today the Government has made several strategic documents determining energy development in Russia.

Development priority of modern intelligent electric systems (IES) is to improve reliability of power supply, energy efficiency and environmental friendliness. Fulfillment of these tasks is often complicated by electrical network issues such as high equipment congestion, heavy losses and lengthy outages due to network accidents, complexity of RES-integrated network control due to intermittent power profile they generate.

Creating intellectual electric network is a global trend. Work in this direction has been successfully carried out in many countries. In order to implement a number of elements that will provide UNPG with new properties it is necessary to create a technological basis, involving international experience, and to ensure in-home development and production of the state-of-art electrical equipment. One of these elements is Energy Storage Systems (ESS) based on high power batteries.

Alexander DZHINCHARADZE, Chairman of the Technical Committee for Standardization in the field of electric power industry TC 016, Professor, Doctor of Technical Sciences

Nowadays Russia is one of the world’s major producers of electric power (more than 230 GW). The unified energy system (UES) of Russia includes about 600 power stations with generation capacity of over 5 MW each.